from The Hotel Vermont Sessions by Tomachi 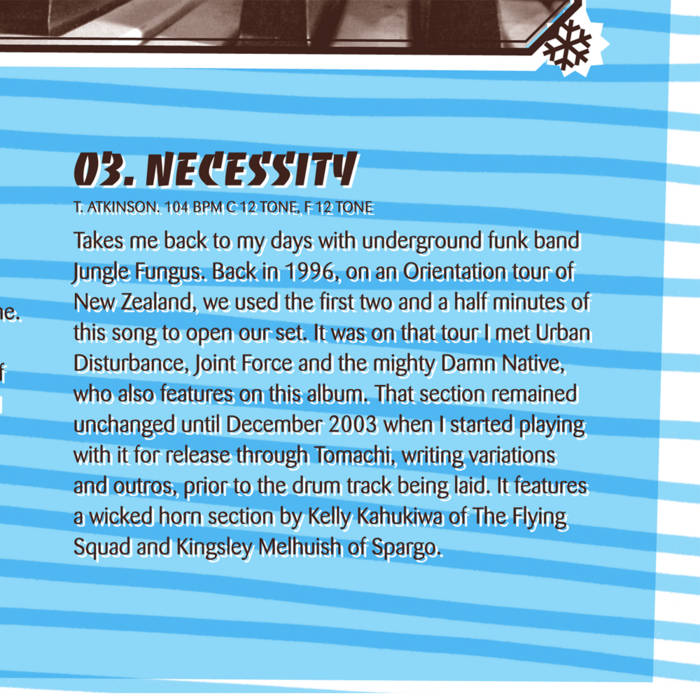 104 bpm C 12 tone, F 12 tone
Back in 1996, on an Orientation tour of New Zealand, my band Jungle Fungus actually used the first two and a half minutes of this song as a riff to open our set. It was on that tour I met Urban Disturbance, Joint Force and the mighty Dam Native, who also features on this album. That section remained unchanged until December 2003 when I started playing with it for this album, writing variations and outros. Features a wicked horn section by Kelly Kahukiwa of The Flying Squad and Kingsley Melhuish of Spargo.